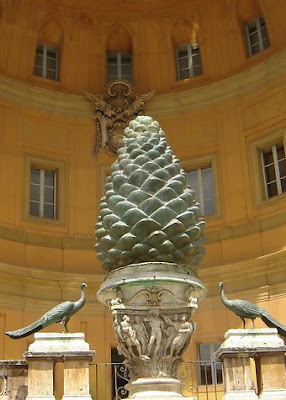 As a result of a gradual process our human awareness has fallen from a wide multidimensional consciousness, our Core Multidimensional Identity, into a most separated setting, a split third-dimension reality, which we call Human Arbitrary Configuration.

Who we previously were, and still are unconsciously, has been wiped away by a dominant bogus identity, which is who we believe to be now.

One of the most dramatic shifts relates with how we manage energy resources, the way we sustain ourselves physically through breath, convenient nourishment and temperatures, and also emotionally, mentally and spiritually in our connections.

The way we used to manage energy resources was directly through a vertical axis moving from the lower to the higher energy centres.

Before the installation of the current Human Arbitrary Configuration we could channel energy in both directions up and down the vertical axis, with the two conduits harmoniously joining within each energy centre.

There are seven conventional energy centres, corresponding to the traditional chakras, while their operative strategic number is twelve: which we call Cones, or Sectors.

Amongst such energy centres, Cone 6, or the Sixth chakra, also known as Third Eye or Pineal Gland, plays a vital role.

Cone 6 has been extremely affected as a result of the installation of the Human Arbitrary Configuration, changing from the size of a Cedar of Lebanon cone to the one of a rice grain, or even smaller and completely disappearing in some cases.

Within Cone 6 there is the operative centre that generates realities, which allows vision to take form. Yet this centre is not available because we have lost contact with our Core Multidimensional Identity and the way we originally managed energy resources.

Instead of circulating energy through the vertical axis, we move horizontally and are dependent upon breath flowing through our nose and mouth, food taken from the mouth and other vital sources of support received horizontally.

We have separated ourselves from the Pineal Gland, Cone 6, the reality generator, and we are trapped into one configuration, which is the result of one single most challenging vision, playfully contemplating cutting off from the vertical flow and creating a separated horizontal setting, and actually manifesting it!

This has paradoxically resulted into seeing and experiencing only one reality, which is sheer illusion. Yet we continue to be fed by it, which results in feeding and expanding it, we get stuck in it more and more.

In order to stretch the Pineal Gland, we can allow our inner visions and intentions to coexist with the separated reality, creating the conditions for allowing all the other Cones to align. We can give space to an alternative provisional reality aimed at bridging us from the Human Arbitrary Configuration into our Core Multidimensional Identity.