You are Whole - A Tribute to Eileen Caddy 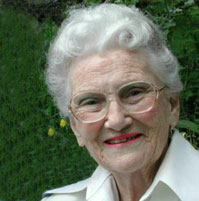 “Never be afraid to tread the path alone. Know which is your path and follow it wherever it may lead you; do not feel you have to follow in someone else's footsteps.” (Eileen Caddy)

Eileen Caddy was born in Alexandria (Egypt) on 26 August 1917 with Sun in Virgo, Moon in Sagittarius and Ascendant in Scorpio (6.9.8), and left her physical body on 13 December 2006 (click here for Times online obituary)

She lived an ordinary life until at 36 years old, while meditating in Glastonbury, she heard a voice inside her saying “Be still and I know that I am God”.

This voice, which she called “the still small voice within” guided her life ever since through developments she could never have thought.

On several occasions Eileen made it clear that she was nobody special; and everyone could hear this voice inside, because it is inside everyone, no matter who you are.

Her life’s work was to follow this voice, and to support others to hear their own inner voice.

In 1962, with her husband Peter and her friend Dorothy Maclean, she began the Findhorn Community in north-east Scotland, which then became the Findhorn Foundation.

They didn’t know they were starting a community at first. They were just trying to lead a God-centred life. Yet a community grew around them, and became famous, due to the books they published, containing the guidance Eileen received from her inner voice, and also because of the gardens they grew in semi-barren soil, in co-operation with the spirits of nature.

For services to spiritual inquiry, Eileen was in 2004 awarded the MBE (Member of the Order of the British Empire) by Queen Elizabeth II.

One of the most meaningful meetings I had with Eileen was in March 1999, when I decided to settle at Findhorn and serve in the Findhorn Foundation.

On that occasion I asked her to speak on the issue of relationships and the way she coped when her husband Peter Caddy left.

She said that at the beginning, since for many years she had regarded him as the other half, this was very hard and painful. She felt split, as if a part of her had died.

There was no other choice than going within, asking God for help.

This was a great test for her. It took some time, yet gradually she began to find balance, owning within what Peter had previously represented.

She realised that Peter and all the possible people she perceived outside where within her, that she was truly all and whole. She also told other things, yet what deeply touched me was her simple, warm, energetic and peaceful presence.

At that time I was facing painful issues concerning relationships and I was greatly empowered by this visit to Eileen. Yet the climax of this meeting came right at the end.

Before leaving her home, as we exchanged a tender hug, she whispered something in my right ear.

I did not expect this and was rather puzzled. I heard what she said and I perceived it as a most powerful statement, yet I could not understand its meaning.

By the time I realised this, I was already out of her house. 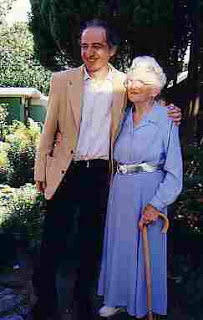 I felt very confused because I knew that Eileen had told me something extremely important, which I had understood with my heart, yet not at all with my head.

Her words were still very clear and continued to resonate in my right ear.

She said something like. “You are all”, though, as a matter of fact, it definitely sounded more like "You are hole"

I continued to repeat "You are hole" from within, without getting any sense about what she could mean by hole.

Was it a subtle remark regarding the importance of holes, gaps and empty spaces, which apparently separate all visible forms? Was it a cryptic reference to my role as a multidimensional gateway? Was it an esoteric term or perhaps an anagram?

Then, all in a sudden, my mind clicked, Eileen said:

My mind was so split in that moment that there was no way for the word whole to go through.

Yet in the end it did!

Eileen's words were the deepest and most direct true I needed to hear. They marked a radical shift in my life, and still widely resonate in my right ear, although from time to time I still get confused.

They are the most intimate secret and the deepest truth I have ever been whispered by a human being. And beyond those words, there are no other words.

The answer to every question, every decision, every problem is within you. You have been told this many times and yet you still go around trying to find the answers without, asking advice and guidance from first one person then another, acting on the advice of one and then another. When things don't work out you blame someone else for giving you the wrong advice. You and you alone hold the answer within you, but unless you are willing to take that time to be alone with Me and seek the answer you will not find it. Cease relying on outer props and start to stand on your own feet, doing your own thinking, and knowing without a shadow of doubt that I AM within you. (Eileen Caddy)