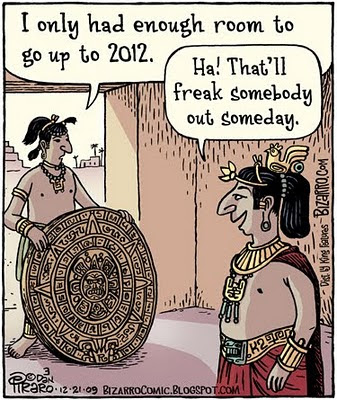 The apocalypse is not something which is coming. The apocalypse has arrived in major portions of the planet and it's only because we live within a bubble of incredible privilege and social insulation that we still have the luxury of anticipating the apocalypse. If you go to Bosnia or Somalia or Peru or much of the third-world then it appears that the apocalypse has already arrived. (Terence McKenna)

Death happens all the time, and yet it is the topic people seem to do their best to avoid, unless the evidence of death is irrefutable such as in a war, earthquake, nuclear disaster or tsunami.

In the current century more than 50 millions people die on average every year, which makes a total of about 155000 deaths a day.

Most of them are private and solitary deaths, which do not draw much attention. Yet, when there is a spectacular event involving death, such as an earthquake, or we are personally confronted with it through our own illness or the departure of someone close, then death becomes a major topic at least for a while, until it is forgotten again.

Death, illness, transformation and other radical developments continue to appear as exceptional events, elements of disturbance in a world based on separation and bogus health or well-being. Yet in the realm of nature they are sheer routine and there is nothing special about them. The same applies to apocalyptic theories, such as the recent 2012 apocalypse.

The term apocalypse comes from the Greek Apokálypsis, meaning "lifting of the veil", and is employed to describe the disclosure to initiates or privileged beings of something hidden from the majority of people. The term is also popularly used to indicate a doomsday event or the end of the world.

Nevertheless when some influential people, including New Age celebrities, after years of denial, finally wake up and become aware that they are going to die, they start making a lot of fuss, as if they have made an extraordinary discovery. Their imminent death becomes something special, an unprecedented planetary event, the result of a conspiracy plot or of an ultimate galactic alignment. And since they cannot conceive a world without them, they want the whole world to die and reach its doom. This has happened over and over again for each generation throughout history.

Feeling special is a major feature of the ego identity and of a reality based on separation. Doomsday predictions have always been created for each generation (for a detailed list of hundreds of apocalyptic prophecies as from 2800 BC click here), and although they have all regularly failed, indeed they have all also succeeded, for the world continues to end without fail.

Indeed any apocalyptic prophecy is meant to manifest since death happens incessantly and is always certain. The veil is constantly being lifted at least for those who accept to see what is beyond it. 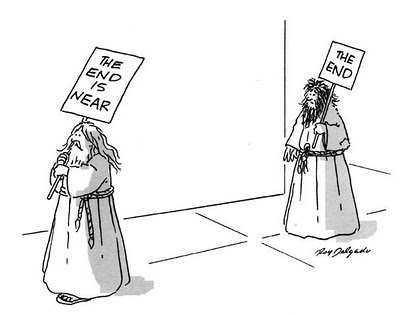 The apocalypse and end of the world is not occurring on a given date, it is taking place daily, hourly, or every second. It has a different timing for each one of us, a time we can decide to consciously face, which also means that the veil keeps being there repeatedly and can either be lifted or left as it is.

Yet, there comes a moment when awareness of the lifting draws more public attention due to major collective events that shake the foundations of our illusive perception. And here apocalyptical theories can be educational devices in order to train our collective consciousness and raise awareness.

2012 is claimed by some to be the deadline of a major transformation or apocalypse, leading to either a shift to higher consciousness or a global catastrophe, or even both.

How this will come about is a question that many ask. I do not have any clue and, as you are aware, I have many reservations regarding apocalyptic theories.

If I look at my personal life I notice that major transformation is mainly the result of things getting so bad that it is not possible to go on anymore. It is often a deep crisis that triggers the positive elements of renewal, just as the mother’s labour lead to a birth.

Crisis and labour, far from being the issue, are part of the process of healing and growth. Also what happens is that when the crisis is not personal but collective or global, it is not possible to find an individual way out of it. We are forced to come together, to co-operate, to release separation and embrace unity.

There are many ideas regarding 2012, such as the invasion of extra-terrestrials, the collision with another planet, or increased solar radiation. Well, again, I do not have any clue about what is supposed to happen, yet I do believe that whatever will happen has already happened and is also happening right now.

The vital importance of 2012 is that simply more people expect something happening and, as a result, pay attention to what happens.

Hence it is inevitable that something is going to happen, of this I am totally sure. Yet, in order to see what happens, we need to keep our eyes wide open, and, most of all, make sure that they are also turned inwards.

A the Findhorn Foundation in Northern Scotland and in our astroshamanic centre at Terra di Luce (Corvaro, Rieti, Italy) we are holding an abundant series of events aimed at supporting the above process and dealing with various topics. For a complete list please click here.

Click here for a calendar of holistic and astroshamanic events


If this is feasible for you, please support our blog with a donation. Every donation of any amount is most welcomed. Also very small contributions are most appreciated