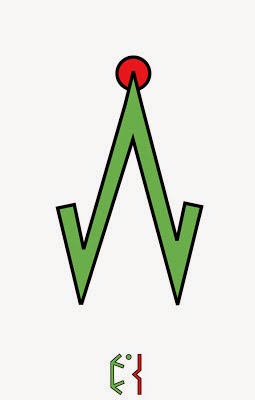 This Full Moon takes place on 8 October 2014 at 10:51 UTC and confronts us with the opportunity to embrace and integrate both conflict and harmony, individuality and relationship, separation and unity.

The Sun in Libra and the Moon in Aries, combine balance and cooperation with self-assertiveness and courage. One of the lessons here is learning when to affirm oneself and when to negotiate, when to be alone and with others.


This Full Moon is about accepting both closeness and distance, intimacy and detachment, being together and alone. It shows us that we can be in an intimate relationship with others only if we accept to connect closely with ourselves, if we can be alone.

We are always alone (all one). We came into this world alone and we will leave alone. And throughout all life, no matter how we engage in relationships, we keep being alone.

A love relationship is not about somebody being the other half and needing them so as to be complete. This is mutilation, not love!

Love is being both a whole, accepting to be alone and together. Only when you can be alone with someone there is true love, regardless of whether this aloneness is accepted by the other or not.

As Osho says "Love is not an escape from loneliness, it is an overflowing aloneness. One is so happy in being alone that one would like to share - happiness always wants to share. It is too much, it cannot be contained; like the flower cannot contain its fragrance, it has to be released."


The first six signs of the zodiac, Aries through Virgo, are related with the development of the ego and the individual self. Their nature is subjective and focused on the relationship with oneself, in which rapports with the outer world are oriented and understood solely according to one’s individual intention.

Libra marks a major shift and the inauguration of the cycle involving the second six signs of the zodiac. These signs are focused on the integration with the outer world, and more esoterically with one’s shadow, the non-ordinary, included death, with the aim of expanding the edges of the individual conscious self.

Libra is the initiator of this second half and moves the first step towards the other, which usually entails the most basic form of human interaction, i.e. partnership or marriage, which at an esoteric level correspond to a first step into initiatory death. The major challenge here for Libra is keeping the balance between the individual self-focused self (Aries) and the social couple-oriented self, inner and outer world, conscious and unconscious, life and death, ego and shadow.

Libra shifts the focus from individual to collective, ordinary to non-ordinary and, while this promotes healing and expansion of awareness, the risk is to lose the connection with the preceding inner-focused path and its original intention, due to the excessive attention given to what emerges in the relationships with others or the non-ordinary.

This stage, when taken too far, is typically followed by a reawakening of the previous individual’s intention, which usually results in relationships, or the non-ordinary, being identified as the cause of the preceding loss and a reversal of the process from collective to individual, non-ordinary to non-ordinary. The process will then be overturned again once it reaches its unbalanced climax, and so this continues to go on from one excess to the other, fomenting the struggle of polarities upon which the ego’s separated reality is based.

This Full Moon is about acknowledging both processes, holding both polarities, and allowing the emergence of a mid-point, a Third Party, which allows the two to exist simultaneously.


For our books and CDs, see http://www.astroshamans.com/p/products.html


Click here for more details on holistic awareness and astroshamanism.