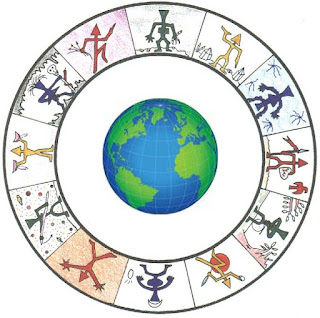 The Provisional Territorial Units (PTU) are a large astroshamanic healing project involving the creation and maintenance of a geomantic healing network encompassing the whole planet through progressive duodecimal subdivisions based on the combinations of the astrological signs.

In simpler terms, the aim is to set each geographical area of our planet, large or small, in alignment with such combinations with the purpose of creating healing multidimensional connections.

Since ancient times the physical territory has been used for healing purposes, promoting holisitc awareness and multidimensional links.

The  PTU aim at tapping into this wide territorial network so as to promote its luminous functioning and development.

Another aim of the PTU is to re-activate and energise power points, sacred sites, ceremonial lands, etc. that are part of our planetary multidimensional grid.

The PTU set each geographical area of our planet, large or small, in organised alignment with the aim of creating healing multidimensional connections.

The Earth Planetary System comprises a vast series of interfaces, circuits and conducts managed by a wide range of grid points or stations, which are vital for the multidimensional distribution and organization of all planetary resources. Clearing some of these points from stagnant energies and corrupted intrusions is one of the main services provided by the operative application of the PTU.

The PTU outlines the arrangement of an alternative geography, a parallel interface residing between the human separate reality, or Human Arbitrary Configuration (HAC), which abides on the external crust of the planet, and the multidimensional realms located both herein and elsewhere. This healing border zone has existed since time immemorial as a strategic bardo and gateway into multidimensional awareness.

The current project for PTU covers the whole European continent through 144 Binaries, 1728 Trinities, classified according to a sequence of three numbers, corresponing to Sun Sign, Moon Sign and Ascendant Sign, in accordance with the Astroshamanic Binary System.

Franco Santoro and his Associates are engaged in activating several astroshamanic healing points in Europe and worldwide, called Sacred Cone Points. Franco as from 21 June 2013 is on a healing pilgrimage, moving to various locations in the world to work astroshamanically with territories and people, holding formal and informal event. If you would like Franco to consider your area, please contact him at provordo@yahoo.co.uk. 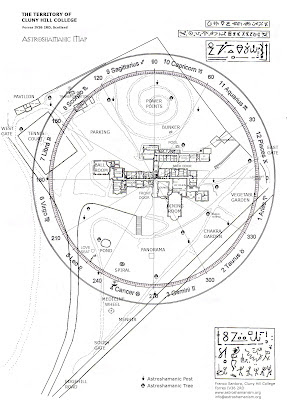 As part of the PTU we are also creating Astroshamanic Healing Grids in various areas of the world. These are wide circles covering areas ranging from a building and its land, such as the Astroshamanic Healing Grid at Findhorn Foundatiion Cluny Hill, and at Terra di Luce, to a large city, such as the grids created in Frankfurt, Rome, Milan, Bologna, etc. In this way the areas where people live, work or transit  become geomantic power fields of wisdom and healing.

The Astroshamanic Healing Grids are holistic webs, linking all features of the landscape together, including land, buildings and whatever or whoever is in the territory.

Through Astroshamanic Healing Grids everything and everyone can become a source of informaton regarding where we come from, where we are, where you are going, and most of all about who we are. With this work you can learn to pay attention and be alert to all that happens within and without you. It is an incredible tool for developing a deep holistic awareness.


Holistic awareness is based on the experience that all aspects of life are intimately related and part of the same whole. According to a holistic perspective there is no separation and we can find our sense of purpose only if we acknowledge the wider reality in which we exist. This reality also includes what lies beyond our ordinary perception and can effectively deepen the awareness of who we truly are.

Since ancient times the physical territory has been used for healing purposes, promoting holisitc awareness and multidimensional links. The Astroshamanic Grids, and the PTU, aim at tapping into this wide territorial network so as to promote its luminous functioning and development.


The PTU aims at re-activating and energising power points and sacred sites.

Power Points are areas where the physical, third-dimensional and ordinary realities meet with the spiritual, multidimensional or non-ordinary realities. Power points play various functions. and most of them operate as gateways or gaps in or out of our perception of this world. Some power points were created or promoted by ancient cultures; or were the manifestation of events caused by nature spirits, multidimensional or unseen beings, while some are the result of recent human actions, which may either reactivate previous power points or create new ones. In the latter respect during your life you may already have given a most valuable contribution, whether you are aware of it or not.

Power points can be broadly divided into three categories:


Known power points: public spaces and holy sites used to perform rituals or sacred activities, for example temples, churches, chapels, dolmens, menhirs, stone circles, etc. All human traditions have sacred sites and ceremonial lands. Some of them are widely known, at least in the local environment, others are less known, as they have not been attended for ages or are only visited by few people. Others are basically unknown and belong to the following category.


Unknown power points: you may discover these places “by chance” or intuitively. Some common phenomena that may occur in such places are: feelings of unity with the environment, calmness and slowing down of time, expansion of the aura or a sense of embracement by some larger presence, altered states of perception, loss of identification with the ego. Also the feeling of being observed by somebody as you walk, for example, in a wood or by a river can often indicate that you are in a sacred site.

New Power Points: these are places that shamans, healers and devoted seekers have chosen for their healing work. For example, any place where regular and significant healing practices, such as the Basic Ritual of the Sacred Cone, have been held for a certain amount of time, especially if involving other people, may become a new power point.

Please be aware that these three categories are not absolute and may blend in many circumstances.

If you feel resonance with the above and would like to be involved, please feel free to contact Franco Santoro at info@astroshamanism.org

Detailed information on PTU is included for each Sun and Moon combination of the Astroshamanic Binary System and is available in this blog (Astroshamans) and in Astroshamanism, and more specifically in Pahekarubhe, PTU, and  PTU Binaries.