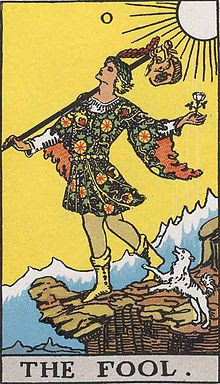 April 1 is one of the major ordinary approved non-ordinary times of the year as it marks an officially acknowledged gap in the functioning of consensus reality. Its origins appear to be related with the manipulation of third dimensional time and the official shift of season in calendars. In ancient times both in the Western and Eastern world New Year's Day followed the spring equinox and was usually celebrated around April 1.

In 1582, Pope Gregory XIII ordered the Gregorian Calendar, which called for New Year's Day to be celebrated on January 1. Several people did not learn about it or refused to conform to the change, continuing to celebrate New Year's Day on April 1.

According to another explanation provided by prof. Boskin the practice of April Fools’ Day dates back to the reign of Constantine, when a group of court fools and jesters told the Roman emperor that they could do a better job of running the empire. In those times fools were regarded as shamans and medicine men. Their role implied creating balance between ordinary and non-ordinary reality through the use of humour, paradoxes and laughter.

As a result took the fools’ suggestion very seriously and allowed a jester named Kugel to be king for one day. Kugel passed an edict calling for absurdity on that day, and the custom became an annual event. This explanation was brought to the public's attention in 1983 by Associated Press and printed by many newspapers. The point is that prof. Boskin made the whole thing up, and only after a couple of weeks Associated Press realized that they'd been victims of an April Fools' joke themselves.

Typical jokes played on April Fools' Day are sending someone on a "fool's errand," looking for things that do not exist, trying to get people to believe ridiculous things, tape a picture of a fish (April fish) on the back of their schoolmates and crying "April fish" or “April fool” when this is discovered.

In , April Fool's Day is celebrated for two days. The second day is devoted to pranks involving the posterior region of the body. It is called Taily Day. The origin of the "kick me" sign can be traced to this observance.

In 1957 the BBC news show Panorama announced that thanks to a very mild winter, Swiss farmers were enjoying a bumper spaghetti crop. This was accompanied by footage of Swiss peasants pulling strands of spaghetti down from trees. Huge numbers of viewers were taken in, and many called up wanting to know how they could grow their own spaghetti trees. To this question, the BBC replied that they should "place a sprig of spaghetti in a tin of tomato sauce and hope for the best."

In 1976 the British astronomer Patrick Moore announced on BBC2 that at a once-in-a-lifetime astronomical event was going to occur that listeners could experience in their very own homes. The planet Pluto would pass behind Jupiter, temporarily causing a gravitational alignment that would counteract and lessen the Earth's own gravity. told his listeners that if they jumped in the air at the exact moment that this planetary alignment occurred, they would experience a strange floating sensation. When arrived, BBC2 began to receive hundreds of phone calls from listeners claiming to have felt the sensation. One woman even reported that she and her eleven friends had risen from their chairs and floated around the room.