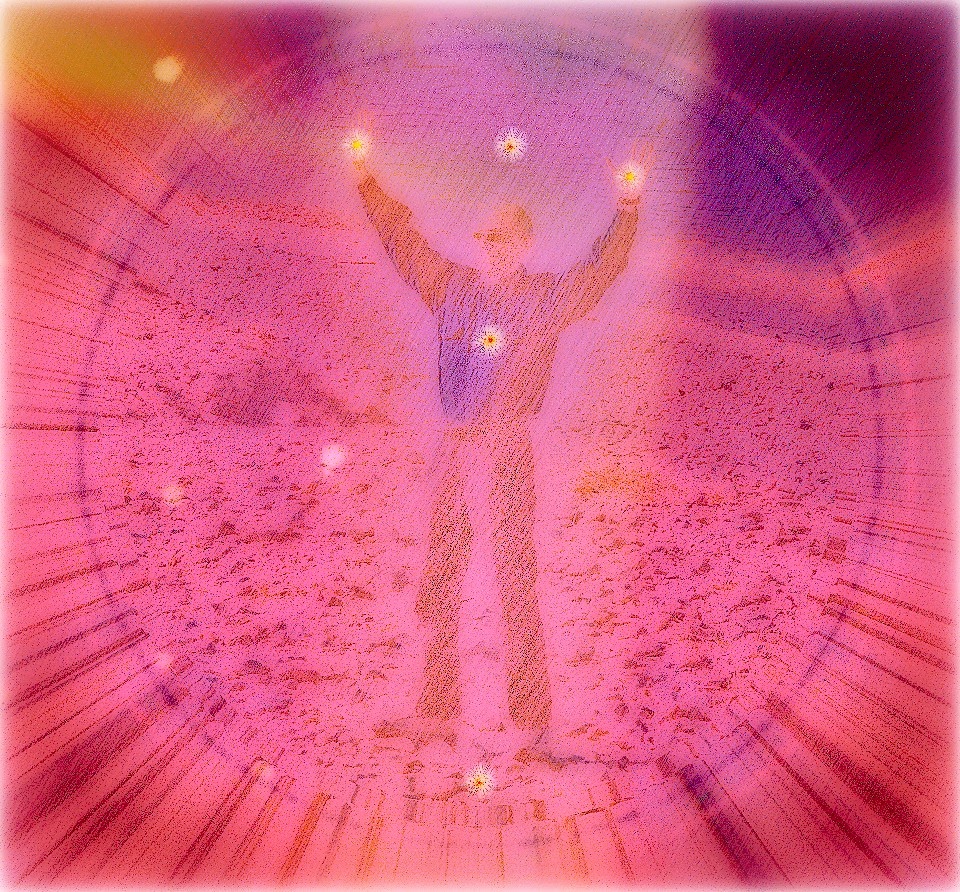 Our separated reality is bound by linear time and cause-effect patterns.

This means that as human beings we define ourselves according to what we have been in the past.

Who we are now depends on who we have been.

Whatever we experience now is the result of things that happened in linear time, the effect of a preceeding cause.

A multidimensional being bases his identity on whom she is shape-shifting into, and not on who he has been in the past.

A multidimensional being is therefore able to move beyond separated reality, enjoying free circulation through infinite configurations, shape-shifting into any form at will, and being able in any moment to choose where to emerge or disappear both in time and space.

For ages on our planet this capacity has only been available to an insignificant minority of intrepid shamans and most marginal folks who had the guts to venture through the terrifying boundaries that separate ordinary reality from the multidimensional realm.

Since this frontier zone is extremely dangerous, most of them were annihilated in their endeavour, they were locked in the gap, trapped in a frightening limbo from which they may never return.

In the astroshamanic cosmology this limbo zone is called Paheka Rubhe. The context of the current consensus reality of linear time may involve the possibility of a strategically easier access to the multidimensional.

This time strategically sustains the labour for the emergence of the multidimensional body out of the final dissolution of the individual body. This radical shift from individual to multidimensional, which 21 December 2012 has allegedly implemented, entails becoming fully aware that our separated reality is a gateway meant either to facilitate or to block the birthing of multidimensional awareness.

The process of facilitation involves acquiring experiential and operative identification with larger collective and multidimensional bodies.

The novelty of this development is that identification moves beyond the confinement of ordinary linear time, embracing parallel realities, unseen spaces and whatever has been split so far from human consciousness up to the complete alignment with our core multidimensional identity.

This means that it will be a multidimensional phenomenon, potentially releasing our separated state of detention and opening up the gates from linear into non-linear time.

Reactivating our multidimensional body and moving beyond the confinement of our separate identities may be a more available opportunity for those who are determined to take a quantum leap.