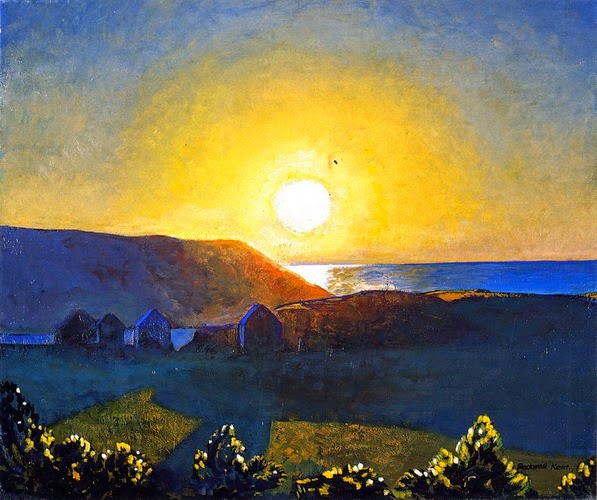 In the northern hemisphere, the Summer Solstice is the longest day of the year, the time of the highest luminosity and the start of Summer, while in the southern hemisphere it is exactly the other way around.

The Solstice celebrations reach their climax with Midsummer’s Night. The exact astronomical Summer Solstice takes place this year on 21 June 2014 at 10:51 GMT. In ancient times, since most people were not familiar with astronomical calculations, they honoured the event on a fixed date, i.e. 24 June (Midsummer Day or St. John the Baptist Day).

This shift from 20 to 24 June, is similar to that from 21 December (Winter Solstice) to 25 December (Yule or Christmas). Also, since in ancient times the days were measured from sunset to sunset, the real festivity began at the preceding sunset, which was indeed the most powerful time. Hence 23 June is Midsummer Night, or St. John’s Eve, just like 24 December is Christmas’ Eve.

The Solstice time and the month of June have always been a most favourite month for weddings. In Pagan tradition the Moon of Midsummer time is called Honey Moon, from the mead made of fermented honey prepared and drunk during marriage ceremonies on the Summer Solstice.

"Lord, what fools these mortals be!" exclaims Puck in Shakespeare’s Midsummer Night’s Dream referring to ordinary reality. Puck is the servant of Oberon, the king of the fairies. Midsummer’s or St Johns Eve is traditionally sacred to the fairies, and is obviously a time when the veil between ordinary and non-ordinary reality is particularly thin. Hence from both sides it is possible to play tricks and games. In many European countries it was habitual to light bonfires after sunset.

This was known as “setting the watch”. Participants often jumped through the fires for good luck. It was the popular version of a shamanic rite of passage. Shamans focused on their Intent, then allowed their bodies to be activated by the Sun spirit, integrating body-earth and spirit-sun in order to promote divine manifestation on earth.

This leap also signified passing through the gateway of physical incarnation with a clear focus on one’s soul purpose. Hence, the act of first setting Intent and then jumping was aimed at preserving this awareness once beyond the gateway. The more genuine and powerful is the Intent at the moment of jumping, the more it increases the possibility of its manifestation.

Midsummer’s night was also the time when the serpents would roll themselves into a hissing, engendering the glain, also called the serpent's egg, or Druid's egg. In art, John the Baptist is often represented similarly to a shaman or Pagan character. Many icons show him as a Pan horned figure, with the lower torso of a satyr, wearing a garment made of hair or using a staff with a serpent.