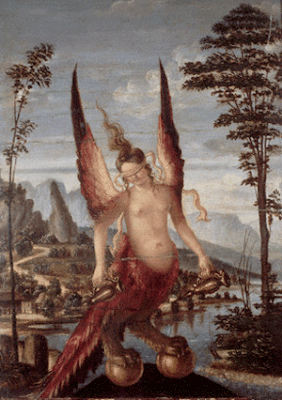 Sagittarius is a mutable sign, and every mutable sign is preceded by a fixed sign, which in this case is Scorpio. Fixed signs exalt the nature of one specific side, which they lead to its climax, allowing it to be firm and permanent.

This is the apex of the stage of identification, followed by the phase of Temperance of that identified part with other parts that also need to be acknowledged. Being on a healing path implies setting an intent and giving it concrete and fixed form, and then surrender it to the web of life, connecting that form to other forms until the integrity of the circle is fully re-awakened.

Temperance represents the fusion, integration and mixture of dissimilar elements aimed at achieving a harmonious balance and synergy. This principle is represented by the rainbow, associated with the Sagittarian archer, consisting of seven colours representing the visible planets of the solar system.

In Hindu myths the rainbow, is the bow of Indra, the god of thunder, lightning and storms (associated with Jupiter, ruler of Sagittarius), while in Greek mythology it is the path created by the goddess Iris, who is the angel depicted in the card, in order to connect Heaven and Earth. Iris, similarly to Mercury, is the messenger of the Olympian gods and also carries a caduceus. She travels to the underworld to fill her golden cup with water from the river Styx, with which she puts to sleep those who perjure themselves.

Although the shining sun and the radiance of the angel provide abundant luminosity, Temperance is definitely a tarot card of the underworld and, given its association with Sagittarius’ last stage of autumn, represents indeed the climax of darkness.

This is also represented by the lilies in the background, which are flowers traditionally related with Hades and death, and yet also emblems of virtue, fertility and the primary symbol of forgiveness in A Course in Miracles:

“Yet will one lily of forgiveness change the darkness into light; the altar to illusions to the shrine of Life Itself. And peace will be restored forever to the holy minds which God created as His Son, His dwelling place, His joy, His love, completely His, completely one with Him”. (ACIM, W-12.5)

When Temperance emerges in one’s life, this is an invitation to pause and be available to delve into the profound aspects of our nature, challenging the assumptions of our ordinary identity, and of all we take for granted in our perception of others and the world.

Temperance calls for a perspective that allows all aspects of life to be acknowledged and honoured, bringing benefits to both apparent polar opposites and reconciling them in a meaningful and profound way.