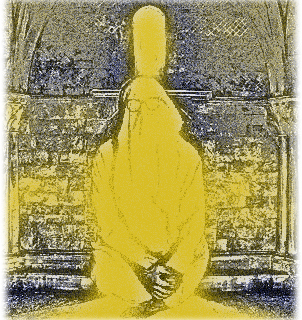 Shape-shifting is a most controversial topic and causes a lot of confusion in human conditioned minds. It may recall scenes of movies about werewolves, Dracula and other notorious dark characters. In this respect,  plays a substantial role with Scottish Robert Louis Stevenson's The Strange Case of Dr Jekyll and Mr Hyde, and various movies, such as An American Werewolf in London. Apart from these glamorous cases, shape-shifting is an ongoing activity.

The astonishing thing about the human and other physical forms is the fact that there is not a single instant in which they exist as they seem to be. There is, indeed, nothing solid or fixed in the body. It is an aggregation of infinite units moving and transforming themselves at a speed that the ordinary perception refuses to acknowledge. This gives the illusive impression of a static form.

Ordinary science has acknowledged that 99 percent of our body consists of space. It is a spatial system and the fact that I perceive it as solid is simply the result of my cultural conditioning, which limits my observation only to one given form.

Some shamans describe the human form as a conglomerate of energy fields existing in the universe that have been twisted and jammed to fit with a separated, or autistic, paradigm related only to ordinary mankind. In this respect, the shape-shifting potentials of the fourth (emotional) and fifth (mental) dimensional body have been cut off from their connection with the third (physical) dimensional.

If the link were at work, we could transform physically according to whatever we feel or think. This means that if you are 60 years old, and retrieve an emotional or mental state you had when you were 18, your third-dimensional body could take the form you had at that time. Moreover, if you are attracted by someone or something, and have strong emotions and thought about her, him or it, you could shape-shift into her, him or it.

From the shamanic perspective, shape-shifting is a self-controlled transformation process. In more ordinary terms, this process allows you to provisionally put on the emotional or mental image of someone or something that you wish to better understand. It is a magnified and absolute state of empathy. This temporary transformation has a major healing effect for it allows access to the inner or multi-dimensional matrix of what you project in the outer or third-dimensional environment.

Shape-shifting does not necessarily alter the way your body appears to ordinary human beings, although it is easily perceived by those who are not conditioned by human separated perception, such as animals, plants, psychics or “psychically disturbed people”.

Although all this may seem weird, again shape-shifting happens all the time, and human beings practice constantly without being aware. It is merely perceived in the emotions or thoughts, and does not consciously expand in the perception body due to human separated physical paradigm.

Shamanism is not a path of self-realisation or a way for pursuing ideas regarding what is wrong or right. It is a direct communication with beings abiding in other dimensions and all that exists here and elsewhere, yet beyond your niggling perceptive field. In this context, direct communication is tantamount to shape-shifting.

This requires letting go of the autistic and ceaseless endeavour of defining our individual identity. It is this depiction of us that keeps us wedged in the chronic routine of comparisons and conflicts with what appears to threaten the illusory character we identify with.

Shamans take all the forms into themselves and can walk on the sand without leaving a footprint. This is possible because they are not lost in the constant identification of who they are, as opposed to what others are. They went through that search, and they found absolutely nothing. The more they went deep into themselves, the more they found nothing. And it is out of this void that they operate and embrace all that exists.

Click here for our complete calendar of holistic and astroshamanic events.
For individual consultations with Franco Santoro and Associates click here

For our books and CDs click here.
For our Astroshamanic Shop, with books, dvd and music suggestions, click here.