The Warrior (by Franco Santoro) 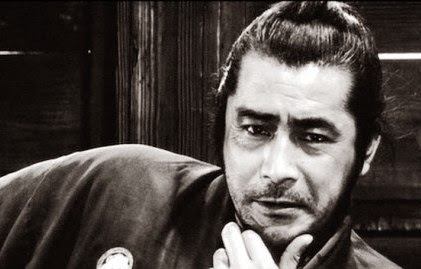 “The warrior was, for the shamans of ancient , a unit of combat so tuned to the fight around him, so extraordinarily alert that in its purest form, he needed nothing superfluous to survive. There was no necessity to make gifts to a warrior, or to prop him up with talk or actions, or to try to give him solace and incentive. All of those things were included in the structure of the warrior itself. Since that structure was determined by the intent of the shamans of ancient , they made sure that anything foreseeable would be included. The end result was a fighter who fought alone and drew from his own silent convictions all the impulse he needed to forge ahead, without complaints, without the necessity to be praised.” (Carlos Castaneda, The Wheel of Time)

The warrior is related to the energy of Mars in its diurnal and nocturnal representations (Aries and Scorpio respectively). As such, it finds a place both in the East and the West direction, with the former being connected to the visionary, yang, outer or enterprising expression and the latter manifesting the transformational, inner, yin features.

The warrior is overtly promoted through the books of Carlos Castaneda where it is defined as a man of knowledge that moves wide-awake, with unbending Intent, clarity of mind, strenuous labour, fear, respect and self-confidence. Obviously, the warrior has nothing to do with conventional human wars. It is not related to violence or to the aim of killing or destroying somebody or something.

The war is against limits and weaknesses, a fight with the forces that oppose transformation, a battle aimed at retrieving the choice to elect how to be and live.

The most typical trait of a warrior is striving for impeccability in every moment.

Impeccabililty is the optimum use of power. It is a determination in choosing what is most aligned with your Intent and giving your best in whatever I do.

The warrior is constantly in a fight and never surrenders.

Even the apparently most insignificant act of his life is seen as a major challenge, the opportunity to go beyond his limits, to express power, to let go of the ego.

A warrior has various armaments at his disposal. His fundamental weapon is the unbending willingness to hold and manifest his Intent and vision, no matter what. This allows him not to be dragged by the stream of fearful or idle thoughts, and to keep moving on his path. There are no possibilities of compromise there.

The warrior makes of every act an ultimate battle in which the awareness of possible death is constantly present. Death is indeed one of his greatest allies, as it permits him to keep a noble sense of detachment toward everything and everyone.

Using willingness, strategy, impeccability, control, and the ceaseless awareness of his imminent death, he learns to reduce his needs to a minimum. In this way, life becomes very simple, as it is built upon continuous decisions and choices aimed at aligning him with his Intent.

This creates joy and love in every moment. As he is not burdened and manipulated by his illusory needs and goals, he can access the dimensions of unlimited abundance that exist beyond the hallucination of scarcity prevalent in conventional reality.