Libra - The Gateway to Relationships (by Franco Santoro) 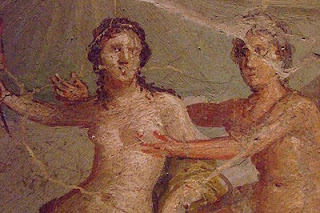 The first six signs of the zodiac, from Aries to Virgo, are concerned with individual life and the interaction with one’s self and its inner world.

The second six signs of the zodiac, from Libra to Pisces, describe the integration of the individual in the collective, and its relationship with the outer world, which is the mirror of her-his inner world.

Here the self relates with the outer projection of itself, its shadow, gaining an enlarged perspective of its nature and taking a crucial step on the healing trail.

The first step in the above regard is given by the most basic form of human interaction, i.e. one-to-one relationships, partnerships or marriages, which are what Libra traditionally represents.

Every relationship is an unconscious agreement between two individuals to unveil, explore and integrate each other’s shadow. (1)

The shadow is the other half of each of them, the opposite bit of the split self we identify with. All the partners we meet during life are projections of this other half.


Even if you are not in any one-to-one relationship, you will meet other people who will represent your shadow, such as colleagues, roommates, relatives or friends. Also no matter how many relationships you have, each of them will portray an aspect of your shadow.

Hence if you currently have a good time with a partner and you were once with another partner with whom there were many issues, you may project the positive quality of your shadow on the first partner and the negative ones of the second partner. Yet, all these partners are only there to show you what is hidden within you, so that you can become conscious of what you are projecting.

The task is to ultimately retrieve, transform and integrate whatever you project, and this is what the second round of the zodiac cycle exemplifies. What makes a relationship sacred is the fact that the partners involved are fully conscious about such a task and experientially acknowledge it as the priority in their rapport.

(1) There are many elements in astrology that indicate the features of our partners in life and the shadow elements we project on them. The position of the Descendant, the point opposite to the Ascendant, for example, is one of the most typical, especially in its capacity to hold the characteristics of our shadow. Astrologically this is given by our individual chart upside-down and can therefore be described in all its details. Other elements are the seventh house and eighth house, with their planets and aspects, and the position of, including aspects to, Mars and Venus.