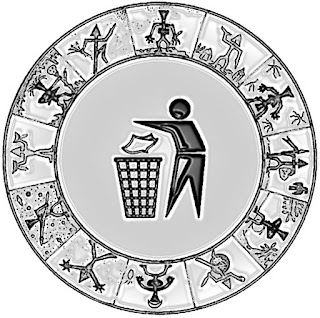 The Grievances Release Zone is a discussion board in our Astroshamanism Facebook page aimed at letting go of grievances and allow them to support healing planetary intentions.

The English dictionary defines "grievance" as "a cause of distress felt to afford reason for complaint or resistance" or more simply "a feeling of having been treated unfairly, a reason for complaining or being unhappy or not satisfied with something."

In astroshamanism grievances (aka Graha) are strategically regarded as a multidimensional compost, a key substance for power and creation in the universe both at dense and subtle levels. When they are consciously directed to a luminous Intent they contribute to the undoing of the illusion of separation and the perception of the reality of unity. If this is not the case, they work as antagonistic forces supporting the hallucination of separation, blocking the expansion of consciousness and the connection with our true multidimensional nature.

The transformation of grievances into fruitful compost strategically takes place when they are released into the Sacred Cone (which is a tactic tool aimed at forgiveness and de-manifestation of separation).

Grievances are also considered as shamanic forms associated with shadow sides that do not allow access to key strategic operative areas so as to avoid causing damage to ourselves and others. Therefore thy hinder the development of our powers until we find clarity about our luminous Intent and are willing to disengage from the illusion of separation. For more details clickhere.

The Grievances Release Zone also corresponds to the second stage of the Astroshamanic Basic Ritual of the Sacred Cone.

Grievances sent through the Grievances Release Zone are strategically used as fertiliser to promote luminous intentions and healing at a collective planetary level in and beyond 2012.

The simple act of posting in the Grievances Release Zone will strategically signify the decision to release grievances and allow their energy to support all sacred intentions aimed at promoting healing and forgiveness on the planet.

You can release any grievance, as long as you do not mention specific details about people or situations involved, and also avoid taboo words.

Once grievances are posted they cease to have any personal association with the individual involved in the release.

Hence whoever in this network reads about such grievances is required not to project them on those who have released them.

Releasing grievances and allowing their energy to support luminous intentions is here regarded as the greatest form of healing.

On the other hand projections are the greatest form of grievances. Hence when you release your projections about other people's grievances in the Grievances Release Zone, you contribute to further enhance the healing process.

For more information about release and the belief systems related with this board please refer to our blog (http://astroshamanic.blogspot.com/) or Facebook page (http://www.facebook.com/Astroshamanism)

"Love holds no grievances" (A Course in Miracles, Workbook, Lesson 68)