Jean Houston and the Mystery Schools 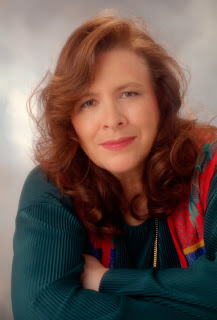 Jean Houston, born on 10 May 1937. with Sun in Taurus, Moon in Aquarius and Ascendant in Virgo (2.11.6). She is one of the founders of the Human Potential Movement and is most widely known for urging First Lady Hilary Clinton to carry on imaginary conversations with Former First Lady Eleanor Roosevelt.

This practice, called two-sided conversation, was inspired by the Spiritual Exercises of St. Ignatius of Loyola, who described a technique for establishing direct connections with biblical characters. This was quite a non-ordinary practice indeed and Ignatius had some troubles with the Inquisition, yet he was later released and became a relevant Roman Catholic saint and the founder of the Jesuits.

Also Houston had some problems due to a heavy press campaign against her. In her books Houston regularly refer to the mystery traditions:

"In all the great traditions - Christian, Buddhist, Hindu, Sufi, Jewish - it's all about waking up. Mystery School is essentially about the wake up call from Central and putting you not in attunement with it, but in alignment with it. You can always tune, but alignment is forever."

Houston actually founded a mystery school whose aim is to provide “practices which have the effect of both rewiring your brain, body and nervous system, and eliciting the evolutionary latencies in your physical instrument. These latencies have been there like a fetal coding for perhaps tens of thousands of years, but could not be activated until various aspects of complexity emerged, joined to crisis. We find that emergence generally only occurs in emergencies. It's only when you really have to survive that you really turn on enough mindfulness and wakefulness to activate these different latencies."

According to Houston, "the purpose of the Mystery School is to engender the passion for the "possible" in our human and global development while discovering ways of transcending and transforming the local self so that extraordinary life can arise!"

This is how Houston further describes her Mystery School: “It is my 20th Century version of an ancient and honorable tradition, the study of the world's spiritual mysteries. Once upon a time there were such schools in Egypt, Greece, Turkey, Afghanistan, Ireland, England, France, Hawaii, India, China, Japan and many other places on the globe. We harvest what is available (or can be imagined) of the knowledge and traditions, rites and rituals of these ancient studies, imbuing them with new realities and applications in order to live more freely and more fully.  Mystery School is intellectually vigorous, psychologically challenging and spiritually demanding… It is celebrational and transformational. It is also frequently hilarious and zanily satiric.


Click here for a calendar of holistic and astroshamanic events

Books related with the article: