Beyond our Arbitrary Configuration 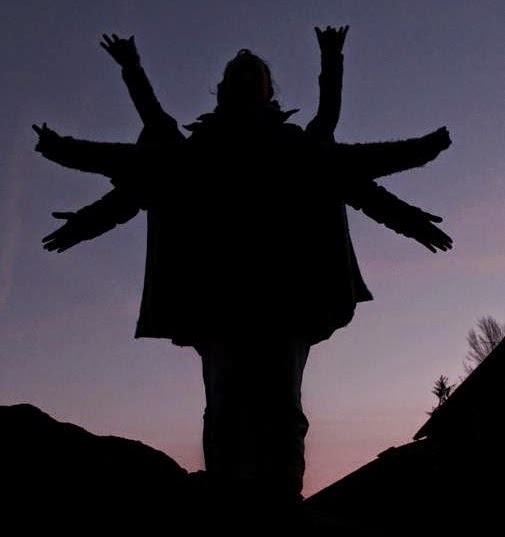 A typical trait of our ordinary reality is to function as a separate arbitrary configuration. This sort of configuration holds fixed edges preventing free circulation of energy. As a result the limited amount of energy available inside this separate reality is all we can apparently rely on. On the other hand, from a multidimensional perspective, energy existing in this and other universes is basically infinite, and it is only the human separate paradigm itself that inhibits us from accessing it.

The customary tendency of most human beings is to ignore major areas of vitality located in the physical body, which could potentially allow us to tap into an infinite reservoir of energies. These areas when properly invigorated could definitely assist in moving beyond the confinement of this separate reality. Yet this is rarely the case since energies from such centres are regularly poured out or kept back by our conditioned mental construct which forces us to succumb to the draining demands of our social identity. This arbitrary identity requires constant maintenance and enormous investment of energy. It basically sucks all our conscious awareness with ongoing internal dialogues, which literally chase away whatever does not pertain to our conditioned paradigm of reality.

All our energy is used to defend or increase our social identity, its mental or emotional loops and overbearing sense of importance. This applies to all trends of life, including those that are miserable and those that promote personal growth. Whether we conform to social standards, fail to do so and feel unhappy, process our feelings and try to release blocks, or find ways to stand out as maverick individuals, we still keep promoting our separate identity and sense of self-importance.

We continue to be locked into an ongoing inner dialogue, preoccupied by trivial and vain issues about the arbitrary idea we have of ourselves and others. The consequence of this is a constant stress preventing any possibility of gaining awareness of whatever lies beyond our arbitrary mental construct.

One of the aims of astroshamanism is to learn to disengage from the doings and undoing of ordinary life, focusing upon what abides beyond the arbitrary sphere of linear time and tapping into the realm of pure energy. In this respect astroshamanism emphasizes the strategic importance of the energy centres in our physical body and their capacity to work as bridges between ordinary and non-ordinary realities.

This emphasis is evident in the astroshamanic approach to astrology. Here the horoscope, or astroshamanic circle, far from being intellectually analysed or used to corroborate our sense of self-importance, reveals itself as a multidimensional keyboard, which provides the strategic setting for a direct and unexpurgated experience of energy. Employing the astroshamanic circle and its ongoing related practices produces the effect of releasing the noise of the ordinary mind, paving the way to the pragmatic awareness of our multidimensional self.

In astroshamanism astrology is employed as a symbolic and strategic structure aimed at moving beyond our limited perception of reality. The natal chart, the human psyche, the material world, etc. are here regarded as mere symbols. This means that they are external or visible forms through which I can perceive an inner or unseen meaning. The planets, the universe and all human beings exist at a visible level, yet beyond this context they have multi-dimensional natures and a core essence. The symbolic key is properly at work when we manage to perceive this essence beyond the visible or material form.

Transformation, meant as healing, integration or expansion of awareness, as we see it in the astroshamanic context, takes place when we establish a rapport with what lies beyond the symbolic form and have a direct experience of pure energy and of its unity with whatever exists. In order to use astrology in this process astroshamanism considers the natal chart as a reflex of the totality of the inner and outer world, or of shamanic and ordinary states of consciousness, rather than as a device aimed at inflating our separated self and all its personal issues.

Apart from what we think, or are conditioned to believe, we are, our authentic nature is connected with a specific Intent which represents the foundation of our true potentials and of all that truly makes sense of who we are. During life this Intent develops through various stages of transformation and key events that are fully relevant to our multidimensional self, although they may be difficult to understand for the ordinary personality.

The advantage of astrology lies in providing a codified language able to identify and define some of the basic components and dynamics of human existence. This language, when examined through a person’s inner experience, can promote a wide and clear vision as regards the direction of his cycles. In brief, astrology offers the possibility of understanding the energies at play and the opportunity of identifying, not only the modalities, but also the specific times in which they express and transform themselves during life.

The development of astrology dates back to the first appearance of man on Earth and has been developing ever since. The need of man to communicate with his fellows produced a series of gestures and sounds that was later translated into specific alphabetical languages. The need to transmit deeper meanings and to relate with invisible forces determined the birth and the successive development of the astrological language.